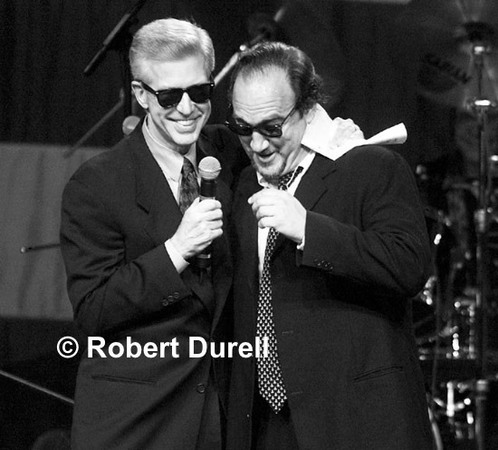 OUT OF CHARACTER --- Most political pundits would never call Governor Gray Davis a wild and crazy guy. I would agree, except for one night at the state Democratic convention in San Jose. It was late, my deadline was approaching, I was packing up. I heard somebody in the crowd say, "Stick around, something good is going to happen." Glad I listened. Otherwise, I would have missed Jim Belushi and Governor Davis... as the Blues Brothers. February 11, 2000.