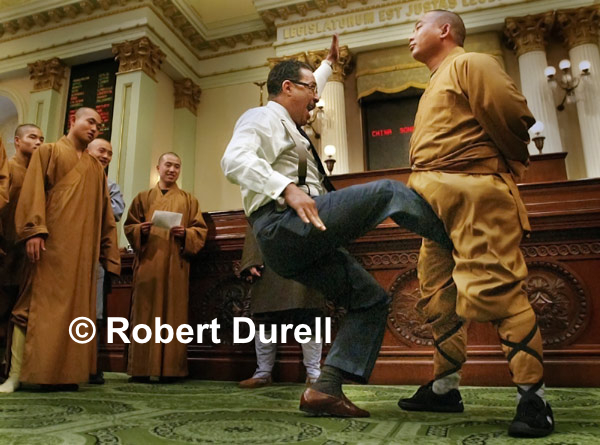 THE KICK --- I was in the Capitol for another assignment when a legislative staffer suggested I head to the Assembly floor. The Assembly was not in session but a group of Shaolin Monks from Hunan province in China was getting a special tour. As I prepared to leave after 10 minutes of hum-drum photos, I heard the group's translator encourage Wesson to kick one the Monks in the crotch, a method they use to toughen themselves. As Wesson approached the monk, I quickly dropped to the floor and stayed underneath a desk for a low angle shot. Wesson kicked three times, the monk never flinched, and I had one of my most memorable photos from a decade under the dome. March 22, 2004