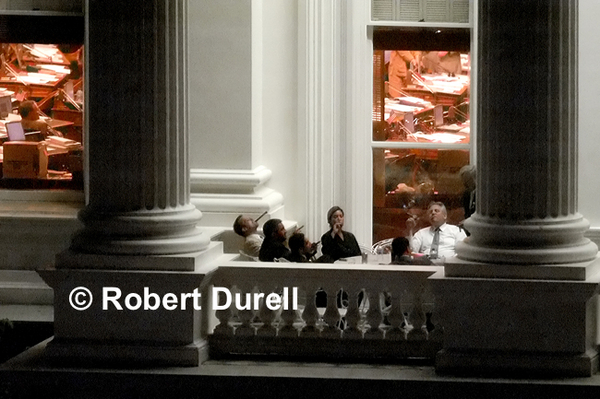 BACK PORCH --- This is my favorite photo from my decade under the Capitol dome. Speaker of the Assembly Herb Wesson had ordered a lockdown; nobody could leave the Capitol until a budget was passed. I, along with three other photographers, was there too, stuck in the press bay until an agreement was reached. During one of my late-night walks out on to the nearly vacant floor, I caught a faint whiff of cigar smoke. Through a window, I could see smoke rising from the second-floor portico - the unofficial outdoor lounge. I grabbed the longest lens I had, left the Capitol and found a vantage point on L Street to see who was on the deck: a group of Assembly members- Democrats and Republicans together- taking a recess and enjoying cigars and Scotch. July 28, 2003