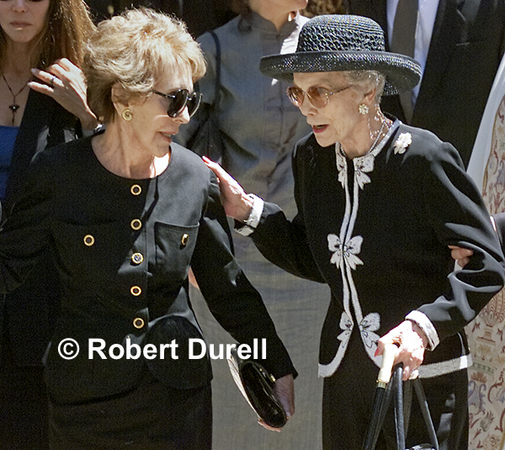 FIRST LADIES --- The funeral mass for Maureen Reagan would have been a subdued event had it not been for the public and press standing for hours outside the Cathedral of the Blessed Sacrament, waiting to see who would emerge. This image is an example of where patience and knowing where to stand paid off. Two of the last to leave the service were two of President Ronald Reagan's former wives, First Lady Nancy Reagan and movie star Jane Wyman, Maureen's mother. August 17, 2001