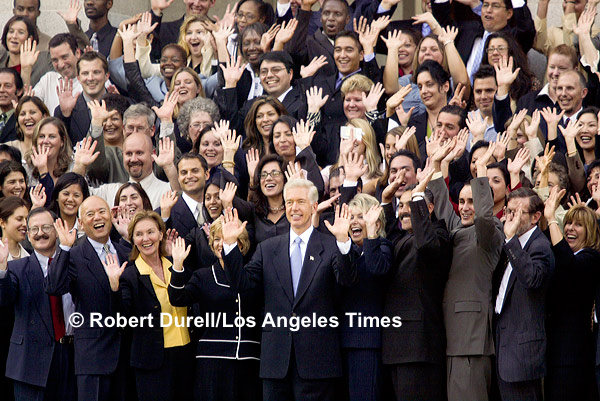 FAREWELLS --- I passed a colleague on L Street, the street with the best view of the Capitol, one morning and he mentioned that he had seen a group of Gray Davis staffers gathering around the corner on the east steps of the Capitol. It was just a couple days after Davis had lost in the Recall election and they wanted one last photo of themselves with their boss. I shot plenty of emotional images that morning - lots of crying, lots of hugging - but this is the one I liked best because it illustrates the resiliency of the human spirit. People were upbeat, ready to move on. October 9, 2003