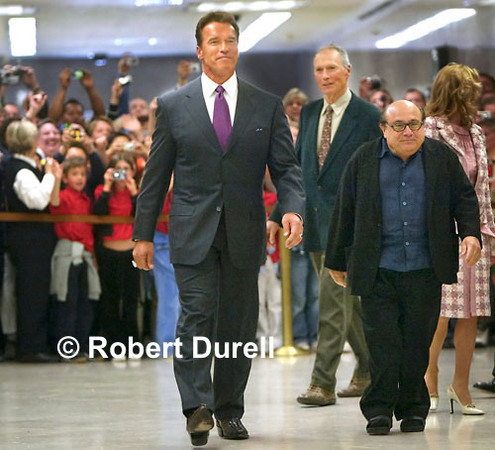 MAGIC PATH --- I call it the Magic Marble Path, the 100-foot corridor that connects the Governor's Office to the press conference room, 1190. This pathway always offered a sense of visual anticipation and possibility. The governor's security detail would block off the area 20 minutes ahead of time, tourists would gather sometimes 10-deep behind the velvet ropes, and the governor would emerge... this day with Danny DeVito and Clint Eastwood, who were named the newest members of the California Film Commission. April 15, 2004.