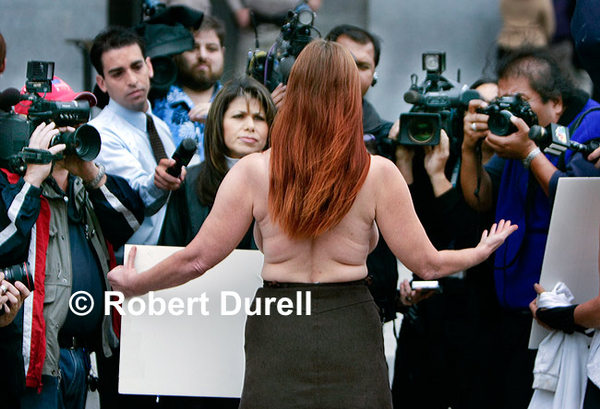 BREASTS NOT BOMBS --- While there have been numerous anti-war protests at the Capitol since late 2001, none drew as much press as "Breasts Not Bombs," for which two women stripped to the waist at the west entrance to the Capitol to protest the U.S. war in Iraq and Afghanistan. Shortly after this photo was taken, both were led away by CHP officers. Sometimes it is best to stand away from the media scrum, to be the counterpoint. I could have shot this from the front, focusing on shoulders up, but the earnest expressions of the journalists seemed to capture the impact of the protest best. November 7, 2005