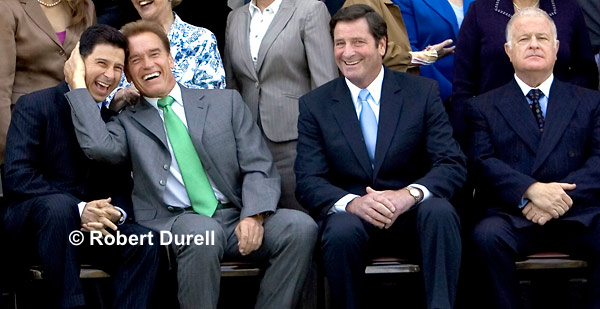 THE BIG FOUR --- There is no event too small for a press release or a media statement - except for the annual formal photo of the Legislature and the constitutional officers. Typically, I would not hear about it until days later. This time, someone broke the code of silence and invited the media. What we found was what you find at any large group portrait: lots of camping it up by some (Assembly Speaker Fabian Núñez, Gov. Schwarzenegger, Lt. Gov. John Garamendi) but not by others (senate President pro tem Don Perata). June 13, 2006