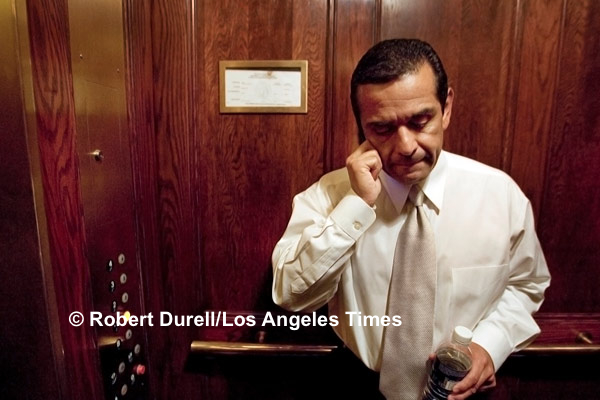 THE MAYOR --- Former Speaker of the Assembly Antonio Villaraigosa, now mayor of Los Angeles, was in town to push a new agenda: he wanted more control over the LA School District. I shadowed him for three days, hoping to capture more than the run-of-the-mill speeches. While outwardly confident he could get the bill, privately he seemed unsure. Even though he was surrounded by aides and friends, I managed to slip into an elevator as he took a call to capture a more pensive moment. June 19, 2006