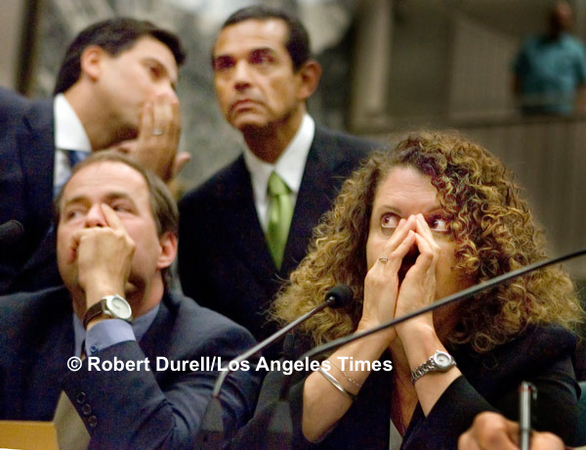 THE VOTE --- Reputation and future potential can rise and fall in a single vote. Even when they don't it can feel that way to opposing parties. As the votes were counted for Villaraigosa's bill, I pushed my camera close to two LAUSD officials, who opposed the bill, with Villaraigosa, top right, and Speaker Fabian Núñez, top left, who were pushing for its passage in the background. All of them were so intent on listening to the one-by-one voice vote, no one even noticed I was even there. The bill passed that day only to be largely overturned later by a judge. August 29, 2006