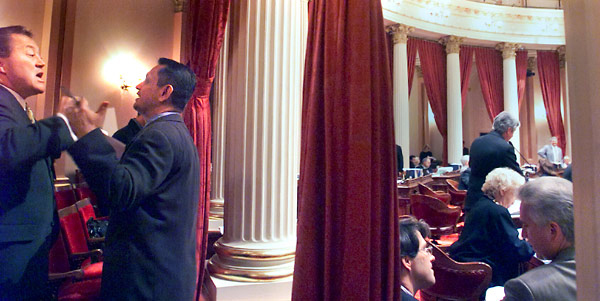 DEBATE --- What is it like documenting sessions of the Senate and Assembly from inside the chambers? I am often asked the question and the answer is the same, "It is like flying an airplane: 99% of the time there isn't much action but every once in awhile..." I was standing in the back of the Senate this day, when I heard two people talking uncharacteristically loudly. Keith Olberg, a Republican assemblyman, left, was arguing with Gil Cedillo, a Democratic assemblyman. The resulting image captures the passion of politics. August 31, 2000.