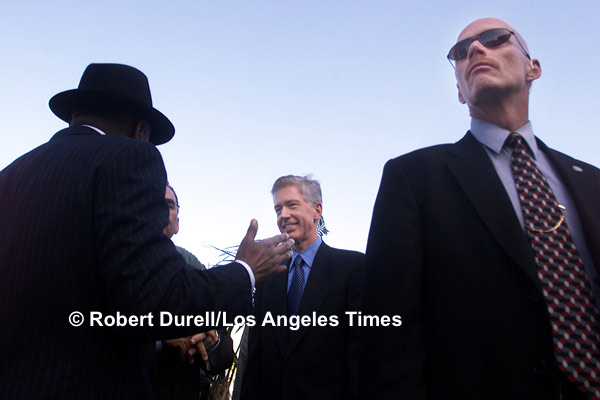 GUARDED --- As part of his plan to deal with the energy crisis in 2001, Gov. Gray Davis met with Mayor Willie Brown and other Bay Area mayors to encourage them to cut their cities' electric consumption by 20 percent. The photograph has nothing to do with the energy shortfall, but it gives the feeling of what it is like to be an elected official: you are rarely alone, often inside the security bubble and insulated from your surroundings. Willie Brown in his black Fedora, Davis hatless, both guarded by one of Davis' security detail. April 30, 2001